Since the introduction of the designated player rule, many great players have been able to light up the MLS. Not every club has had success with DPs, including the Quakes, but they’re integral to any MLS playoff side.

This current iteration of the Quakes team is in desperate need of more talent. Every part of the team has a solid augment for the addition of a DP. From defensive help to a difference maker in the midfield, the front office may feel the need to add a DP.

Will the Quakes add a DP is a totally different question to if they actually need one. The front office’s shift towards youth has negated the immediate need for a DP. Despite a historic failure with DPs, their recent success could help the front office with their decision.

As every other team improves their squad, the Quakes are left behind without a full roster of DPs. However, the correct DP is more important than just adding one for the sake of it.

The Quakes will enter this upcoming season with one of the weaker squads of the West. They could add quality at every level, but it can be hard to narrow down where the help is needed the most.

With the addition of a new center back and two fullbacks this past summer, it seems like the defensive improvements are done. Rodrigues and Nathan will likely start together, so it seems redundant to add another center back. It’s a similar situation for the full backs, as neither Akapo and Trauco have gotten a chance in MLS.

It’s a similar situation for the forward line given the overwhelming amount of talent in those positions. While it would be beneficial to add depth, there is no need to waste a DP contract on a backup striker. Unless Cowell was to leave, it’s hard to see the front office add a forward DP.

For years now, Quakes fans have been begging the front office to put together a competent and balanced midfield. It’s not that the team hasn’t had an absence of talented players, rather it’s always been an issue of balance. For the most part, it’s been an issue of either having too many defensive minded  or offensive players at the wrong time. 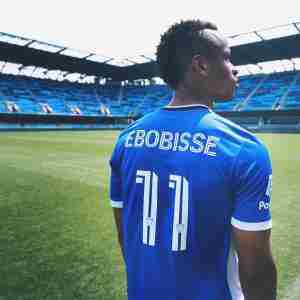 Despite the midfield being the clear candidate for improvement, it will be difficult to decide which type of player they need the most. Yueill will likely play in front of the backline while Monteiro will play further up the field. This leaves the number 8 role empty, perhaps Tsakiris could grow into that role, but a good DP would go a long way.

While it’s true that the Quakes have a less talented roster than most, there is plenty to imply they could improve either internally or externally. A good DP could make the difference between making the playoffs and not, but it’s the fit that is more important.

Since the DP rule’s adoption, the Quakes’ track record has been terrible. Over the past six years, the front office has done a much better job at identifying proper DPs.

There are plenty of reasons why the front office may wait until next summer to sign a DP. Given the general lack of movement across MLS, the Quakes aren’t the only club waiting. Partly due to the World Cup, most teams have remained quiet.

Waiting until next summer seems like the cautious move that the front office likes. It gives them a chance to evaluate options depending on the team’s performance. In addition, it would also allow Luchi to properly vet his squad and tinker with personnel.

If the Quakes look great by the summer, it’s possible to envision the front office cashing in on the moment and adding a DP. On the other hand, a slow start may make it even less likely to move for a DP in the summer. In all likelihood, fans should expect movement for a DP next offseason.

For the fans waiting for an immediate move for a DP, it’s just so unlikely to happen. Although it doesn’t feel like it, the season is almost here and there is a low chance of any deals being made. It’s quite likely that the rooster they have now, will be the one they start the season with.

It’s a fool’s errand to predict the actions of a front office at this point in the offseason. It’s totally possible to see them sign a DP or they could wait until next summer.

Quakes’ fans have been ages to see their team return to MLS relevancy. A DP will likely not make the ultimate difference, but it would signal to the fans a desire to get better. This will likely not occur this offseason, but the work towards building a future contender starts now.