2022 was supposed to be a year of change for the San Jose Earthquakes. A year where Matías Almeyda would finally push his side to playoff contention. Instead, Almeyda got fired early on and the team fell apart.

This season was meant to be the culmination of a 4 year long project. Dreams of the playoffs were quickly replaced by nightmares across the season.

Despite the constant struggles this season, there were a few positives to take from this season. The majority of the positives come from individual player performances. In addition, Alex Covelo’s time as manager gave fans a view of the interesting project currently at the club.

However, this was nothing short of a disaster otherwise. Certain players regressed, as the toxicity  of Almeyda’s last few months haunted the side. Overall, the team just couldn’t compete at an MLS level.

To make sure that this sort of season remains in the past, it’s imperative that the Quakes learn from these mistakes. A season in review is desperately needed for both the team and fans.

For both fans and the club alike, there were some diamonds in the rough. A few positives that could carry on into the future.

Individual player performances really carried the Quakes this season. It’s nearly impossible to discuss this without bringing up Jeremy Ebobisse. The forward scored an incredible 17 goals and displayed his star potential.

While Ebobisse was the team’s best player, there were plenty of other top performing players. Benji was a revelation on the left and Monteiro was the best playmaker the team has had since Vako. In addition, JT Marcinkowski had an excellent year between the sticks and is developing into one of the league’s best keepers.

Covelo could not have stepped into the interim managerial role. The club was dead last in the West and had yet to win a game. He quickly won a game and began to change the culture at the club, despite clearly not being a MLS ready manager.

Since Fioranelli’s reign, there has been a concentrated effort by the side to develop their academy. While Tommy Thompson was the first academy player to play for the team, it was really Cade Cowell who made noise for this project. Cowell’s electrifying 2020 season remains the defining moment of this project.

In addition to Cowell, academy player Marcinkowski has become a mainstay in both the Quakes side and MLS. This season also saw the team give exciting prospect Niko Tsakiris more chances as he will likely play a large role next season. There are, of course, more exciting prospects coming up the pipeline, like Cruz Medina, who may see game time next season.

The Quakes had another terrible season this year, pushing fans to their wits ends. For things to get better, there must be introspection from the team, starting with the positives.

To be perfectly honest, writing down every negative for the Quakes this past season is like James Joyce writing Ulysses. However, there are a few storylines to pick up on that should guide any discourse.

If one was to be truly honest, this season was cursed from the onset, as they never properly dealt with the Almeyda issue. It was clear that at the end of last season the marriage between the two sides was over. The manager was tired of the front office and ownership while they were tired of Almeyda’s inability to adapt to MLS play.

To Leitch’s credit, his building of the roster and culture was for a future without Almeyda. However, this became undone at the beginning of the season because Almeyda was still there. In truth, Almeyda should have been released at the end of last season and a new manager should have been hired.

Then there’s issues with the team and their performances. For every great game played by the side, there were 5 games where they looked like a bottom feeder in the USL. 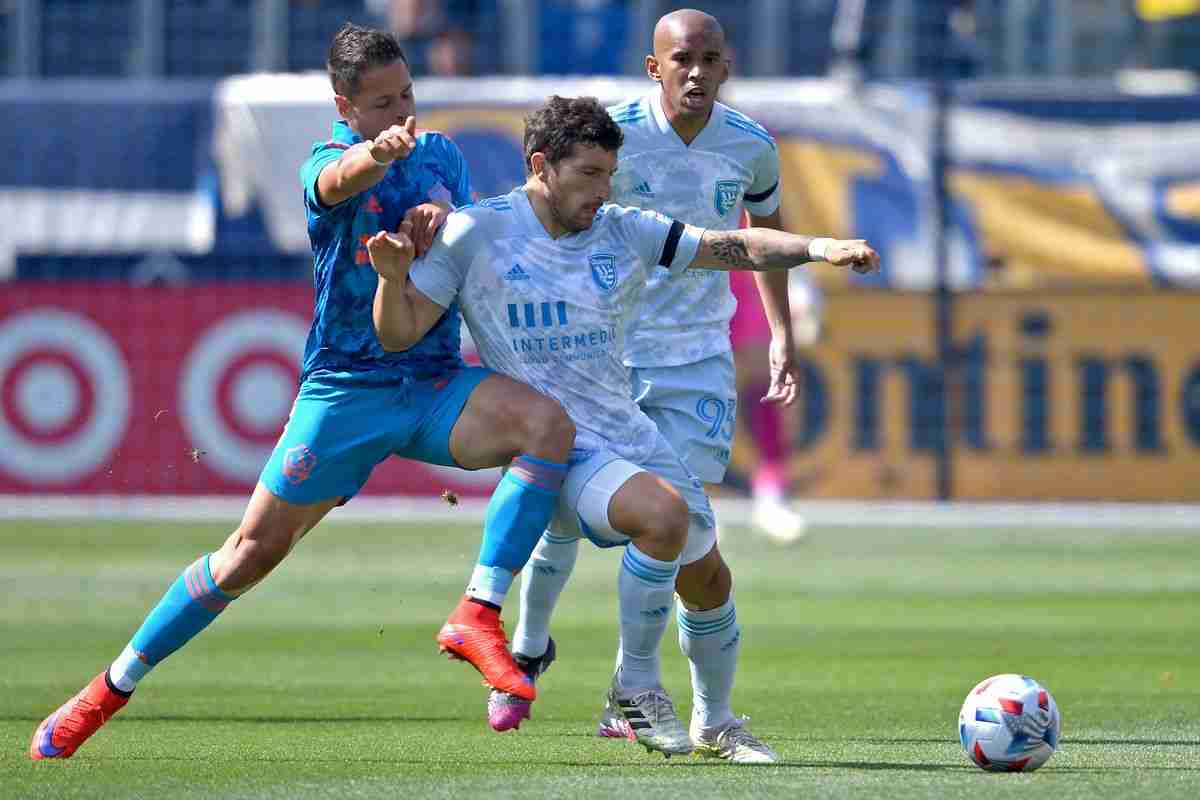 Going for so long without a win to start the season was always going to hurt the side’s mentality. This was really apparent in the last few months of the season where they constantly showed an inability to finish off games. The Quakes could be dominating a team in the first half, but struggled to see a game out to its conclusion.

The crux of the team’s issues lay in its woeful defense, as the offense was elite. Led by Ebobisse, the Quakes’ attack was well above league average only to be tanked by their defense. Looking at the defensive metrics will give any fan anxiety, as the team was close to historically awful on that side.

In another terrible season, that has been constant since 2012, the Quakes saw the culmination of the failure of the Almeyda era. By not dealing with those failures properly, the team set themselves back a year.

For a team that has struggled for so many years, this offseason is yet again crucial. The front office must build on the positives while setting plans to negate any negatives. Maybe 2012 was really the end of the world, but only for the Quakes.

MLS free agency has a totally different vibe than the other major US sports. This free age…